The Bloomingdale Trail in 2008 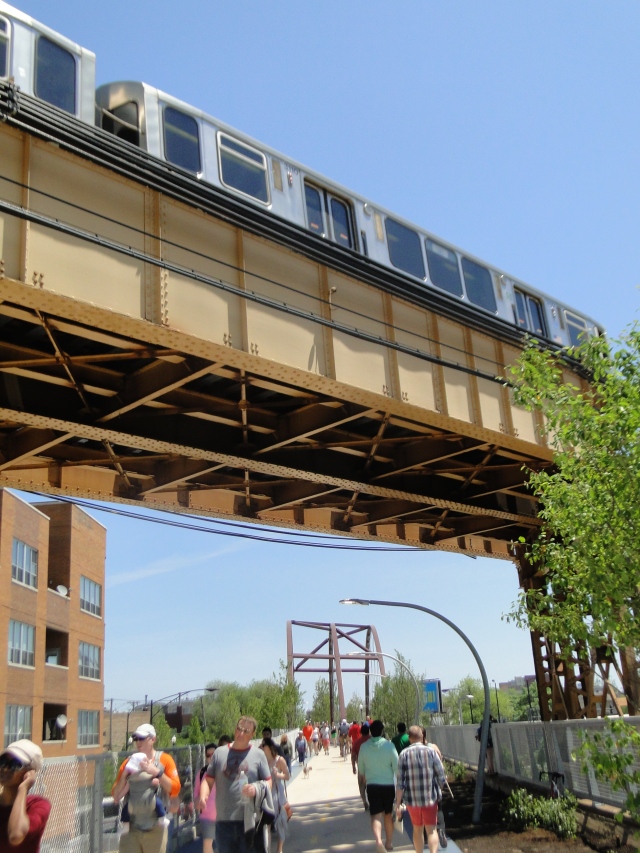 Spent an absolutely charmed day today at the grand opening of the 606.

About 7-1/2 years ago, I was asked by WBEZ to do a report on what was just emerging as a big idea- the Bloomingdale Trail. There were already passionate groups gathering in the neighborhoods along the trail to urge the City to move forward, but it looked like a real long-shot. To his credit, Mayor Daley offered his support, and a little money to get planning started. But the really big moment was when the trust for Public Lands jumped on board.

I went back into the archives to find his piece just because it was interesting to hear after having walked the almost six miles this morning and afternoon. But I also wanted to pay tribute to Ben Helphand, who – along with some others – was there at the beginning and never let go of the dream. And to Beth White. Beth had already been a Chief of Staff at the CTA and CHA before she left the City to take on the new office for the Trust for Public Lands in Chicago. This was her first mega-project, and she steered it for all these years – acquiring property for the parks and coordinating construction with the City. Mayor Emanuel deserves tons of credit for making this happen, but without folks like Ben and Beth, it would’ve been dead way before his election.

My favorite moment in this report is standing in a frigid February wind at what’s now the east end of the trail, pointing over the Kennedy and the River, and dreaming about the next link – the one that connects the Bloomingdale to other pathways and eventually to the lakefront.

One brazen piece of advocacy: The community is now waist-deep in the planning for the Finkl property just across the way. It isn’t too much to ask to have the riverfront reserved as an extension of the 606, and maybe to demand that the developers, who will make billions on this project, foot the bill for the bridges that get the trail under the Kennedy and across the water. Just sayin’.

Ken's the host of Chicago Newsroom. A former news director, reporter and radio program host, he's also a past Vice President of the Chicago Headline Club.
View all posts by Ken →
This entry was posted in Uncategorized and tagged Ben Helphand, Beth White, Bloomingdale Trail, Rahm Emanuel, The 606. Bookmark the permalink.