When Mayor Richard J. Daley opened the new el line in the Dan Ryan Expressway median in September 1969, he promised the 95th station wouldn’t be the end of the line for long. The line would soon reach all the way to 130th Street, he promised. Now, 48 years later, Mayor Emanuel is making the same promise.

But, if the extension is ever built, it’ll cost more than two billion dollars and they won’t finish it until 2026 at the earliest.  (The entire Dan Ryan line, from the Loop to 95th, cost $38 million in 1969.)

So is there another way?

Daniel Kay Hertz thinks so. He’s a prolific writer and blogger on urban affairs with a strong interest in transportation policy.  He says a rail line already exists to 130th Street. It’s a Metra line, and it could be converted to more frequent service and operated like rapid transit. Without laying any new track. You can see his entire argument, along with maps and charts, in his recent article in the South Side Weekly.

His research revealed some interesting things about Chicago.

“So when you actually sort of add up where people and jobs are we found roughly six out of ten people and jobs on the north side are within walking distance of an L station, and it’s only two out of ten on the south side,” he reports.

But this is a disparity driven by geography.

Then there’s the 1880’s-era notion that all rails (and later, expressways) have to lead downtown. It all means that south-siders don’t get the kind of rapid-transit service they need, so they rely more on buses.

“So why would people take public transit?” Hertz asks. “They take it either because it’s faster, because traffic is so bad, and that’s true somewhat. Certainly trains are much more likely to be faster than traffic in Chicago than buses since we basically don’t do bus lanes, unlike many many other cities, or because of parking. You know parking in downtown Chicago is a pain and it’s really expensive. Even upper middle class, upper class people who work downtown are much more likely to take the train to avoid that hassle. And if you’re going elsewhere in the City those trade-offs don’t work quite in the same way.”

His conclusion? If we’re going to make public transit more effective on the south side, it’s going to be accomplished with more, and more efficient, and faster, buses.

“There’s no way to get good transit service without having having excellent bus service,” he explains. “I think we have a tendency in the United States because of our very particular urban history to think of bus service as something that has to be sort of second rate. It has to be bad, and in much of the rest of the world that’s just not true.”

Hertz advocates strongly for bus-rapid transit systems in which buses operate in dedicated lanes and come as frequently as el trains. But a major effort to build one along Ashland drew so much opposition it appears to be pretty much off the table.

Alos on the show, Hertz talks about the recent controversy in northwest-side Jefferson Park, where community groups have come out in strong opposition to Alderman John Arena’s effort to build a housing development focused on low-income tenants.

“It’s sad that that’s still an issue,” Hertz laments. “Although in some ways not surprising.   I will say I’m a little heartened, yesterday we had seven north side aldermen get up and say, including Arena, get up and say that they were committed to bringing at least 50 units of public housing into their wards as a sort of desegregation measure. And you know, Arena has stood his ground in the face of really amazing vitriol.” 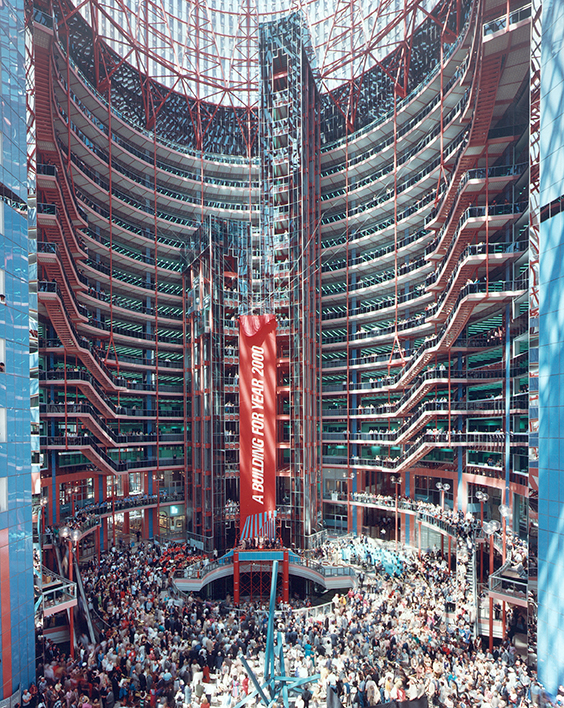 And, we find a few minutes to lament the likely demolition of the Thompson Center.

“I think it should be saved,” he asserts. “I realize that it does not have a lot of lovers. I realize that it is in really bad shape, but I am thoroughly convinced that if we tear down the Thompson Center, in 40 years, in 2060 or whatever, when they are publishing those lost Chicago books, the atrium of the Thompson Center will be in there and our kids and grandkids will be like, “How could they ever have torn that down?”

Hertz also professes his appreciation for four-plus-one apartment buildings, but as your humble host points out to him, he’s just wrong on that one.

You can listen to this show, just like a decent radio show, on SoundCloud.

And you can read a transcript of the entire show HERE. CN transcript May 11 2017